Bring IoT to Arduino together!

The ESP8266 WiFi Module is a self contained SOC with integrated TCP/IP protocol stack that can give any microcontroller access to your WiFi network. The ESP8266 is capable of either hosting an application or offloading all Wi-Fi networking functions from another application processor. The applications of ESP8266 are Smart power plugs,Home automation ,Wi-Fi location-aware devices,Industrial wireless control,Security ID tags.

Installing ESP8266 Board in Arduino IDE

ESP8266 community created an add-on for the Arduino IDE. So before starting with ESP8266 first install Arduino IDE.

2) Enter the URL “http://arduino.esp8266.com/stable/package_esp8266com_index.json” into Additional Board Manager URLs field and click the “OK” button

If you already have a URL in there, and want to keep it, you can separate multiple URLs by placing a comma between them.

6) Selected Board details with Port selection

The bootloader can go into a number of modes depending on the state of GPIO’s 0, 2 and 15. The two useful modes are the UART download mode (for flashing new firmware) and the flash startup mode (which boots from flash).

For ESP witty you have to hold the Flash button only while programming, No need to reset. Few boards may not require any user actions.

The module can enter a number of bootloader modes depending on GPIO pin states. To flash NodeMCU (or any other firmware) you’ll need to connect the following pins:

Apply 3.3V and GND and use a 3.3V UART to connect the device to a computer.

Edit this below code in Arduino IDE.

3) Compile the above code by clicking on Compile icon.

Below error may occurs due to incorrect COM port or flash button is not pressed properly (i.e. device is not in serial programming mode) or may be no connection in USB to serial converter and ESP Serial.

Hardware Result: Inbuilt Blue LED of ESP8266 starts blinking after the successful uploading of the above code to ESP8266 WiFi Module. 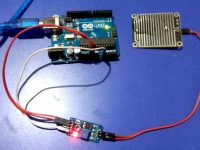 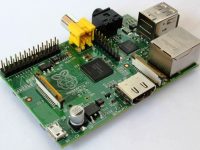 LED Chaser is a simple project for beginners that can build using PIC microcontroller. In this 8 LED are running... Read More

Analog to Digital Converter (ADC) is a device that converts an analog quantity (continuous voltage) to discrete digital values. This... Read More

Liquid Crystal Display (LCD) is very commonly used electronic display module and having a wide range of applications such as... Read More 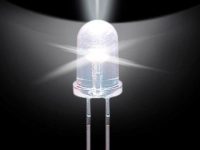 In some electronic applications we need to switch or control high voltages or high currents. In these cases we may... Read More