I hope that you already go through the first tutorial of MPLAB XC8, Getting Started with MPLAB XC8 – LED Blinking. In that tutorial we learn how to use an output pin by driving an LED. In this we will learn how to read an Input pin using a push button switch. We already seen that TRIS register is used to set direction of each IO pin, ie Input or Output and PORT register is used to read or write status of an IO pin. 1 at TRIS bit makes the corresponding pin Input while 0 at TRIS bit makes the corresponding pin Output. An Input pin will be in Hi-Impedance state.Writing 1 to PORT bit corresponding to an Output pin makes the pin Logic High (VDD) while writing 0 to PORT bit makes the corresponding Output pin Logic Low (VDD). PORT register can be used to read physical state (actual voltage level) of an input pin. If an Input pin is at a potential near to VDD, reading PORT bit will give 1 and if the input pin is at a potential near to VSS, reading PORT bit will give 0.

VDD and VSS of PIC Microcontroller is connected to +5V and GND respectively to provide the necessary power for the operation of microcontroller. 8MHz crystal is used to provide necessary clock for the operation of microcontroller. Pin RD0 (PIN 19) is declared as an input pin (TRIS bit 1) to which push button switch is connected. Pin RB0 (PIN 33) is declared as an output pin (TRIS bit 0) to which LED is connected. A 10KΩ PULL UP resistor is used along with push button switch to ensure that RD0 is at Logic High (VDD) when the switch is not pressed. Whenever the switch is pressed, RD0 becomes Logic Low (VSS). A 470Ω resistor is used to limit the current through the LED.

I hope that you can understand program through its comments. In some cases you may need to recheck the switch is being pressed after a delay, like the following.

You should recheck the status of the switch after a small delay due to following reasons. 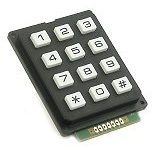 This tutorial explains 'What is a Matrix Keypad ?' and 'How to Interface Matrix Keypad with PIC Microcontroller ?'. Matrix... Read More

Welcome to the world of PIC Microcontrollers. You are in the right place if you are a beginner in... Read More

I hope that you already go through our tutorial, LED Blinking using Raspberry Pi. Detecting switch status is one of... Read More

The electronic product construction technique for many is the printed circuit board, or PCB. There are a number of... Read More 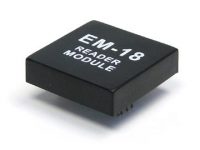 Arduino Uno is an opensource physical computing platform based on ATmega328 microcontroller and provides a development environment for writing... Read More

In this tutorial we will learn how to interface servo motor with Arduino Uno. Servo Motor is an electrical... Read More

MATLAB (Matrix Laboratory) is a forth generation high level programming language and interactive environment for numerical computation developed by MathWorks. It... Read More

What is a Microprocessor ? A microprocessor is an integrated circuit (IC) which incorporates core functions of a computer's central... Read More