Arduino Uno is the best development board for beginners in the field of embedded systems. We can program Arduino board with less technical knowledge and programming skills. This tutorial is intended to beginners in the field of Arduino. Hope you already have an Arduino board. Then you have to download Arduino Software and Driver. You can download it from Arduino Website.

Now connect the Arduino to your computer using a USB cable. As usual Windows may start driver installing procedure but it will fail after some time. We need to install driver manually which comes along with Arduino Software.

You can find Arduino under the Ports (COM & LPT). If it is not listed there, look under Other Devices >> Unknown Device.

Now we can start Arduino programming. All of us start learn a new programming from Hello World. In microcontroller fields the Hello World example is usually blinking an led. In Arduino Uno, there are 4 on-board LEDs. One for indicating power, two (RX and TX) for indicating serial communication between Computer and Arduino. The remaining one is connected to PIN : 13. Thus when the digital pin 13 is HIGH, LED turns ON and when it is LOW, LED will be OFF.

Firstly we can start by blinking this on board LED. Arduino IDE comes with a lot of examples, which makes our task simpler.

Now we can upload the sketch to Arduino Board by simply clicking on the Upload Button.

You can see that the RX and TX LEDs on your board is blinking indicating data transfer. A message “Done Uploading” will be displayed at the bottom of the IDE on completion. Automatic reset of the Arduino board will happen after uploading the program.

After uploading you can see blinking on-board LED.

Now we can try blinking an external LED connected to a digital pin (say 8) of Arduino.

LED is connected to 8th digital pin of Arduino. A 680Ω resistor is connected in series to limit the current through the LED.

Just change the pin number in the above program to 8.

Now Just Verify and Upload the program, you can see the blinking LED.

Today I am gonna write about my PCB designing journey that happened before 8 year. I started doing hobby... Read More

In this tutorial we will learn about integrating HC-SR04 ultrasonic distance sensor with Arduino Uno. Ultrasonic sensors are commonly... Read More

Everyone of us was astonished by seeing the camouflage effect in the James bond movie. It was a brilliance of visual... Read More 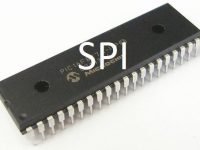 As the name indicates, a bistable multivibrator has 2 stable states. It can be switched from one state to... Read More

Researchers at the University of Notre Dame and Pennsylvania State University had announced that they had developed Tunneling Field Effect... Read More 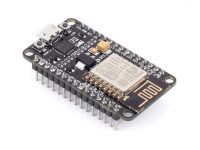