Recently, the scientists from the National Institute of Standards and Technology (NIST) along with an international research team delineated the possibility of a new class of sterilizable, flexible, organic electronic materials  for medical applications by proving the stability of a novel and rugged thin-film membrane at high temperatures.

The work conducted using a low-energy X-ray beam line, at the National Synchrotron Light Source (NSLS) in Brookhaven, N.Y., was supported by an international team led by researchers from the University of Tokyo and included participants from the Japan Science and Technology Agency, Princeton University, the Max Planck Institute for Solid State Research, Hiroshima University and Nippon Kayaku Co., Ltd. of Tokyo.

The spectacular advancements which are being made in the arena of organic electronics make it possible to replace the conventional  rigid, crystalline materials like silicon and germanium with flexible organic materials. Engineers around the world look  forward to a long list of potential applications such as light weight computer displays that can be printed on a film and folded or rolled up. Flexible organic circuits also find applications in the field of medical electronics such as soft pacemaker.

The problem arises when these devices need to be sterilized at high temperatures which they may not be capable of withstanding. The prime challenge lies in the manufacture of organic electronic materials that won’t breakdown under such extreme conditions. The gate insulation layer in an organic transistor has to be extremely thin to hold down the operating voltage to a reasonable level. When heated to sterilizing temperatures, these thin films tend to develop multiple pinholes which wreck their performance.

To tackle this problem, the Tokyo based team came up with a novel gate material which self assembles into an ultra-thin mono layer(SAM)  of 2 nanometres consisting of densely packed linear molecules that will line up at a slight angle to the surface rather like the hairs on a retriever.

The thermal stability and molecular orientation of the Self-assembled Monolayer (SAM) were assessed through analysis of their  samples before and after the heat treatment on the NIST beamline using a technique called Near-Edge X-ray Absorption Fine-structure Spectroscopy (NEXAFS). This super sensitive technique detects the nature of the chemical bond at the surface and in the interior of the sample and is capable of differentiating the single and double bonds formed by carbon in a molecule. The pinholes in the SAM are also visible as NEXAFS can see through them to the underlying substrate. The measurements made using NEXAFS indicate  that the novel SAM thin films maintain their integrity and stability even at temperatures over 150º Celsius. So far this is the highest thermal stability achieved for thin films around the globe.

See this paper in Nature Communications……………… 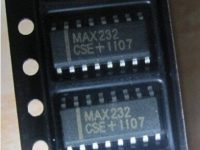 Is your MAX232 or MAX3232 is getting heat or burned ? I have also faced similar issue and struggled a... Read More

Ion Transistors for the transport of both positive and negative ions, as well as biomolecules had been previously developed by... Read More

Ultrasonic Sensors are widely used for non-contact  proximity, presence and distance measuring applications. These devices work on a similar principle of sonar or... Read More

A relay is an electromagnetic switch used to switch High Voltage or Current using low power circuits. For example, we... Read More

Haven't you all noticed about the fact that sometimes while pressing a remote of a TV once, the channel shifts... Read More

In this tutorial, we are going to interface a 5V Relay module with Arduino Uno to control high power devices.... Read More