The properties of a substance depends almost entirely on its constituent atoms and how these atoms interact with each other. But a finite number of atom types, imposes a limit on the variation of properties that a conventional material may have. But a new range of engineered materials called metamaterials have opened a whole new dimension in this field . Metamaterials are composed of sets of nanostructures which are able to interact with electromagnetic waves in almost the same way as atoms and also their properties can be tuned by altering the properties of these nanostructures.

An international team of researchers led by Boris Luk’yanchuk at the A*STAR Data Storage Institute have now extended thier potential  by using  two different classes of nanostructures .

Luk’yanchuk and the team have mathematically modelled a two-dimensional array of metamolecules comprising a silicon sphere next to a partially incomplete copper ring.”When the two structures were more than one micrometer apart, they both acted to increase the local magnetic field,” says Luk’yanchuk. However, they started to interact when moved closer together, and the researchers observed that the magnetization of the split ring decreases and even becomes negative for separations smaller than 0.5 micrometers.

This situation is almost par to the magnetic ordering in natural materials. When all the atoms contribute positively to a material’s magnetic properties, the material becomes a ferromagnet. However, when alternating regions of the material have opposing magnetization, the material is said to be antiferromagnetic.”We demonstrate that our hybrid lattices of metamolecule exhibit distance-dependent magnetic interaction, opening new ways for manipulating artificial antiferromagnetism with low-loss materials,” explains Luk’yanchuk.

Luk’yanchuk affirms that a metamaterial analog would offer exciting research prospects. “We believe that our work has the potential to make a strong impact towards the development of on-chip integrated solutions for reconfigurable and optically-controlled metamaterials.”

As the name indicates Differential Amplifier is a dc-coupled amplifier that amplifies the difference between two input signals. It is the... Read More 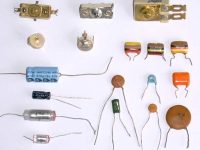 Today I am gonna write about my PCB designing journey that happened before 8 year. I started doing hobby circuits... Read More

What's Science for a small child ?At that age, no one of us is aware about the vast branches in... Read More

ARM will introduce its First 64-bit processors later in this year targeting on servers and high-end smart phones. They are also started to... Read More 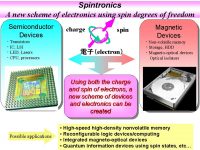 One of the basic element in every electronic device is the transistor. Decades old technology. Finally the Scientists of Cambridge... Read More

Ion Transistors for the transport of both positive and negative ions, as well as biomolecules had been previously developed by... Read More