A new prototype can transform a notebook into a notebook computer, a wall into an interactive display, and the palm of your hand into a smart phone display.  Researchers at Microsoft and Carnegie Mellon University say their new shoulder-mounted device, called OmniTouch, can turn any nearby surface into an ad hoc interactive touch screen.

OmniTouch works by bringing together     a miniature projector and an infrared         depth camera, similar to the kind used       in Microsoft’s Kinect game console, to       create a shoulder-worn system                    designed to interface with mobile                  devices such as smart phones. Instead of relying on screens, buttons, or keys, the system monitors the user’s environment for any available surfaces and projects an interactive display onto one or more of them.

OmniTouch does this automatically, using the depth information provided by the camera to build a 3-D model of the environment. The camera acquires depth information about the scene by emitting a patterned beam of infrared light and using the reflections to calculate where surfaces are in the room. This eliminates the need for external calibration markers. The system rebuilds the model dynamically as the user or the surface moves—for example, the position of a hand or the angle or orientation of a book—so the size, shape, and position of these projections match those of the improvised display surfaces. OmniTouch figures out what’s in front you and fits everything on to it.

The system also monitors the environment for anything cylindrical and roughly finger-sized to work out when the user is interacting with it, again using depth information to determine when a finger or fingers make contact with a surface. This lets users interact with arbitrary surfaces just as they would a touch screen,. Similarly, objects and icons on the ad hoc “screens” can be swiped and pinched to scroll and zoom, much like on a traditional touch screen. In one demonstration art application, for example, OmniTouch used a nearby wall or table as a canvas and the palm of the user’s hand as the color palette.

The shoulder-mounted setup is a little impractical but the researchers are  working on shrinking the size of devices used in omnitouch so it can be   made  into a pendant or attached to glasses.

There’s a growing interest in the area of having ubiquitous, intangible displays embedded in the environment. And although new generations of smart phones tend to have increasingly higher-quality displays ,users would be willing to put up with lower-quality projected images, given the right applications.

Today we will learn about Seeeduino XIAO, the most smallest Arduino compatible board as of today. Introduction Seeeduino XIAO is... Read More

With Android and iOS ruling the roost in the mobile market and Windows expected to make some spectacular breakthrough in... Read More

Ever since its introduction, internet has captured the imagination and lives of millions of users around the globe and is... Read More

Imagine a world where everything is virtual. Say, youtouch and... Read More

Android 2.3.6 is a bug fix release which comes to solve the voice search issues in previous versions. Many users... Read More

Samsung and Apple, the two electronic giants are having war in a court in Germany.  Samsung recently lost one out of seven infringement claims... Read More

"Neutrinos are faster than light"-  The finding by the scientists of CERN gets a final nail in the coffin. Scientists... Read More

Everyone of us was astonished by seeing the camouflage effect in the James bond movie. It was a brilliance of visual effects.... Read More 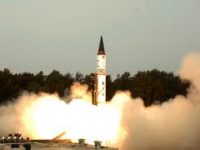 India has successfully launched her self developed long range ballistic missile AGNI 5. The AGNI 5 is a great addition... Read More