Android 2.3.6 is a bug fix release which comes to solve the voice search issues in previous versions. Many users claim that voice search initializes itself, while using other applications. Fortunately google reacts fastly to solve it.

Android 2.3.6 updates are available for Samsung Galaxy Ace S5830I users. This is an official release from Samsung and the users can update over air. This will update your Android to Android 2.3.6 if you are on Android 2.3.5 and you can directly proceed with that.

This update is now available in Samsung Kies. You can also get the firmware file from sammobile and flash it manually via ODIN. Please switch over to WiFi if you are using GPRS such that it may cost you much for downloading the software file.

There is no official change in new released version compared to previous versions, but this will fix bugs from previous versions and will provide few improvements and enhancements. It should be taken care that all the contacts, call logs, phone memory storage files will be deleted, so we recommend you to back up before you proceed to update.

You may get notification of this update on your device. If you get the notification follow the on screen instructions and update with the same. If you don’t get notification you can check it manually, goto Menu > Settings > About Phone > System update and click on Android update. This will trigger the update and the update will be installed in your phone with in 10 minutes. If you want to check the software version on your device goto Home Screen tab on Menu > Settings > About phone and check the Android version present on your handset.

For some time now Intel had been trying to enter the smartphone sector owing to the success when it comes... Read More

With Microsoft’s recent acquisition of Skype, we are expecting more Microsoft products with Skype integration, and in particular Windows Phone.... Read More

Google’s Android Honeycomb OS was the talk of the town as the calendar rolled over to 2011. Billed as Android’s... Read More

Imagine a world where everything is virtual. Say, youtouch and... Read More

What do you prefer using?.....A good old smart phone or the latest gadget sensation, the tablet?....For all those who have... Read More

The INFRARED 800 and FLOWR 800 fluorescence modules from Carl Zeiss Meditec can now enable neurosurgeons to understand the speed and... Read More

Here are some of the important codes that might come useful to you if you are a nokia user *#06# -... Read More 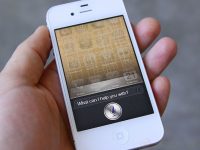 It is true that the Galaxy S2 is really good, but buying one of those will not only let you... Read More