We are using a number of electrical devices in daily life which deals with high voltage and current. We should be careful in supplying the voltage to the device. If  the voltage we supplied is more than that the device is designed to handle, such voltages are called transient voltage or power surge. If  the surge last too long it can end up in the burning of the components and eventually damaging the device.

To protect device the from such sudden jerk of voltage surge protectors are used :

The primary component of surge protector is a ‘Varistor’. It has a nonlinear voltage-current characteristics like that of a diode. It deals with the transient voltage such that when it triggered shunts the current produced due to high voltages from the sensitive components. The most common type of Varistor used is Metal Oxide Varistor (MOV).

From the name we get to know that it is associated with oxides of metals. It is a mixture of Zinc oxide grains and other metal oxides like cobalt, manganese etc. Which are sandwiched between two metal plates, thus a diode junction is formed between the boundaries of each grain and its neighbour allowing the device to conduct only in one direction. A large group of this arrangement is electrically equivalent to back to back diode pairs connected parallel to each other.

When a small voltage is applied across the electrode a reverse leakage current is produced across the diode junction. So only small current is produced. But when a large voltage is applied the diode junction breaks as a result of the avalanche break down and electron tunneling which results in a high current flow. Thus the device shows nonlinear voltage-current characteristics. By examining we can notice that the device shows larger resistance at low

voltages and low resistance in high voltages. It remains non conductive during normal operation of the device when the voltage is well below the clamping voltage. But as the voltage increases abruptly than the device can handle the MOV act like a fuse and conduct most of the current thereby protecting the device. However it is used to suppress line voltage charges, it may not be able to successfully limit a very large surge from a very high voltage sources where the energy involved is many orders of magnitude greater than it can handle. If it happens the MOV will deteriorate after a certain level. So they have to be replaced when the device is about to wear due to excessive heat dissipated by them (MOV) when they absorb a transient voltage.

Normally the resistance of the MOV  is high. Consider the component to have an open circuit as in Fig A. It starts conducting as the voltage reaches the threshold voltage. When the voltage exceeds the threshold voltage, Resistance of MOV drops to zero as shown in Fig B. Since the device is having low resistance all the current passes through the MOV when a high voltage is applied thereby suppressing line voltage surges. For this the component has to be connected parallel. The voltage that will pass through the device will be the sum of  voltages appearing across the wiring and disconnect provided for the device along with the clamp voltages.The MOV’s will wait for next transient voltage after each transient voltage has passed as shown in Fig C.

WiFi SoC (System on Chip) ESP8266 is the most popular and low cost WiFi SoC with TCP/IP stack and a... Read More

As the name indicates, a bistable multivibrator has 2 stable states. It can be switched from one state to... Read More 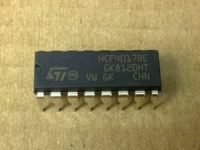 A dancing light can be easily constructed using a 555 timer wired in astable mode. Please read the article... Read More 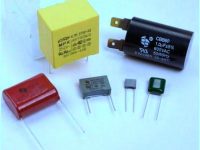 Capacitors are passive two terminal electronic components that has a wide variety of applications from oscillators to power supply... Read More

Analog to digital conversion module of ARDUINO UNO has 6 input ports. The number of the port varies... Read More

Ion Transistors for the transport of both positive and negative ions, as well as biomolecules had been previously developed... Read More