Inverting amplifier is an amplfier whose amplfied output is negatively proportional to the input. Its gain will be negative. For eg. if we provide sine wave input, its amplified output will be 180° out of phase with input. When the input is voltage is increasing, output voltage will decrease and vice versa.

We all know that the open loop gain of an operational amplifier is very high for practical applicaitons. So we will apply negative feedback by connecting a suitable resistor between the output terminal and the inverting input to reduce the overall gain of the amplifier. In this we feedback a fraction of output to input terminal through a feedback network. Since we are giving this feedback to inverting input, it will reduce the overall gain of the circuit which is called as closed loop gain. We can easily control the closed loop gain by changing the feedback ratio. 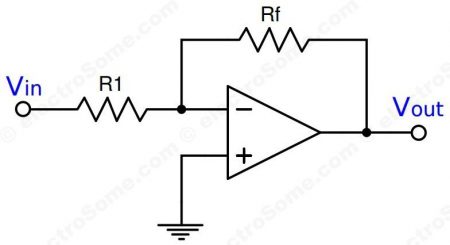 Please read the article Virtual Ground – Opamp for more information about this concept. 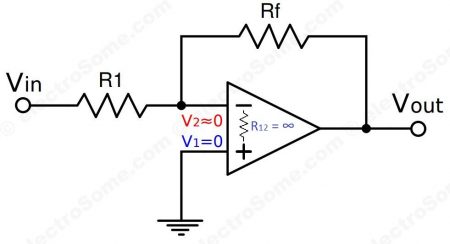 We already know that an ideal opamp will provide infinite voltage gain. For real opamps also the gain will be very high such that we can consider it as infinite for calculation purposes.

In the above circuit V1 is connected to ground, so V1 = 0. Thus V2 also will be at ground potential. 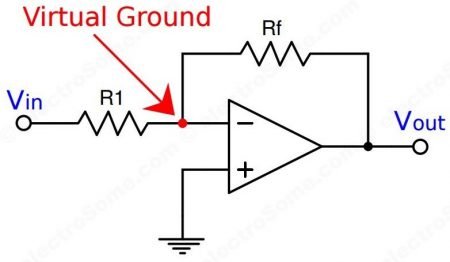 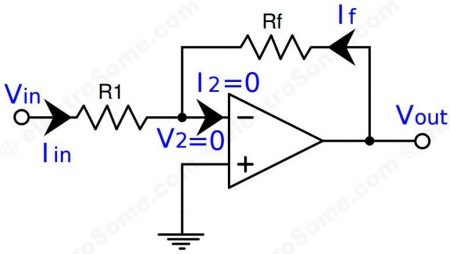 Ideally current flowing to the input of opamp will be zero. Thus according to Kirchhoff’s current law, Iin = -If, since the current flowing into the inverting terminal is zero.

The equation of Vout shows that the circuit is linear in nature with a fixed voltage gain. Negative sign indicates that output is inverted or 180° out of phase with input. So this circuit can be used to amplify small signals.

From above we can see that the inverting input is at 0V potential (virtual ground), so the input impedance is R1.

We need to consider following things while designing an inverting amplier with opamp.

As you already know, opamp will amplify AC as well as DC. So we should use AC coupling capacitors to block DC and bypass AC.

Why it is called Inverting Amplifier ?

As its name implies, output of an inverting amplifier will be 180° out of phase with input. 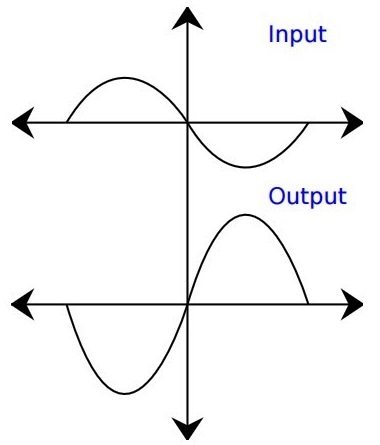 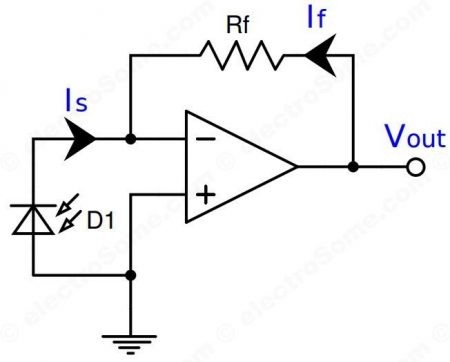 As we see above,

So the output voltage is directly proportional to the input current.

We can solve this problem by using a few additional resistors, which will create a high input impedance inverting amplifier. 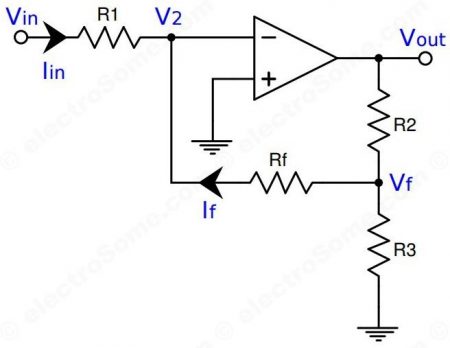 These additional resistors will further reduce the amount of feedback, which will increase the gain of the amplifier for the same value of R1 and Rf.

Ideally current flowing to the input of opamp will be zero. Thus according to Kirchhoff’s current law, Iin = -If, since the current through inverting terminal is zero.

So this circuit give us a wider range for selecting resistors. We can choose a higher value for R1 without affecting the feedback section.

Generally opamps works in dual supplies like ±15V, ±12V etc. This enables chips to operate on analog signals with respect to ground without any level shifting. But it is not viable to use dual supplies in all cases. In those cases we can modify the circuit such that it will bias the input at half of the supply voltage. 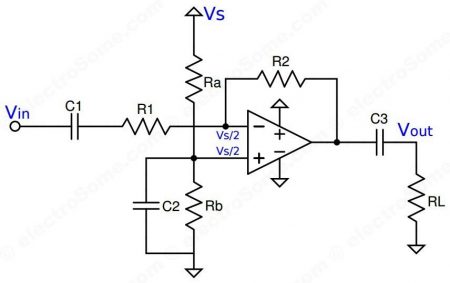 Thus the voltage will change with respect to Vs/2 instead of ground. Only problem with this circuit is that output voltage will be level shifted. So we need to decouple it to ground or use other level shifting circuits for that.

As you can see above, the operating point is set by resistors Ra and Rb. Capacitor C2 provides low impedance path for analog signals.

You can use the following calculator for designing basic inverting amplifier using opamp.

Let’s do an experiment. Vacuum Tubes Reloads.... Vacuum Tubes are used in computing, switching, amplification and rectification right up to 60s. Then it died... Read More

What is a Microprocessor ? A microprocessor is an integrated circuit (IC) which incorporates core functions of a computer's central... Read More

Arduino Uno R3 The Arduino Uno is the most popular one among other Arduino development boards. It is  based on... Read More

I²C or I2C is an abbreviation of Inter-Integrated Circuit, a serial communication protocol made by Philips Semiconductor (now it... Read More

I already posted about transformerless power supplies in the article, Transformerless DC Power Supply. Here we will see how to design... Read More 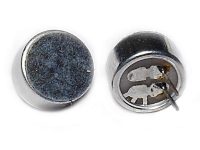 Condenser Mic You might know that Condenser means Capacitor, the electronic component which stores electrical energy in the form of... Read More

What is a Microcontroller ?