A new technique to produce Carbon Nanotubes massively have developed by a group of researchers at IBM including one Indian. The previous experimental results from IBM researches indicated that Carbon Nanotube Transistors can offer better performance over Silicon at sub 10 nm lengths. The team also revealed that they have developed a Carbon Chip made using Nano-sized tubes of carbon with more than 10,000 transistors.

Carbon Nanotubes are formed by rolling single atomic sheets of carbon in the form of a tube as shown below.

IBM said that the Carbon Nanotube devices will pave a way for future microelectronics by replacing the today’s Silicon Technology with smaller size and higher performance.

We can hope that the new Carbon Nanotube technology will make the future electronics smaller and powerful by keeping the pace of Moore’s Law.

In communication systems, Frequency Modulation (FM) is the process in which information (message signal) is transmitted over a carrier wave... Read More

What do you do, when you can’t find enough camera sensors for the cameraphone which you was manufacturing? Well, it... Read More 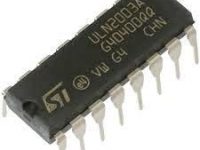 ULN2003 The ULN2003 is a monolithic IC consists of seven NPN darlington transistor pairs with high voltage and current capability. It... Read More

With Android and iOS ruling the roost in the mobile market and Windows expected to make some spectacular breakthrough in... Read More

Using DTL (Diode Transistor Logic) we can implement XOR and XNOR Logic Functions with a minimum number of Discrete Components.   When we need to... Read More

Inverter is a electrical device that converts DC Power to AC. We usually use the word Inverter for the device... Read More

Rectifier A rectifier is a device that converts AC into DC. The power available to us is in the form of... Read More

One on the major part of our electronics products is the DC Power Supply that converts mains AC voltage to... Read More