When a sensor is on white color, LED light will be reflected to the corresponding LDR. As a result, resistances of LDR decreases and the voltage at non-inverting terminal (+) of the op-amp will increase. Thus op-amp output goes high and turns on the transistor, which rotates the motor. When a sensor is on black color, LED light will not be reflected to LDR, thus the output of the op-amp will be low and the motor will be off.

Thus when the both sensor are on white color, it will run both motors forward and when any of them on black color it will stop the corresponding motor. Thus the robot turns in corresponding direction since one motor is running.

The sensitivity of the LDR can be adjusted by using the 10K pot. For more accuracy, cover the sensor-LED pairs in a black wrapper through sides in such a way that only the reflected light falls on the LDR. The Line Follower can trace path drawn with black ink on a white chart and the width of the black track should be a litte less than the width between sensors.

I M pursuing engineering from Kanpur....i have interest in electronics circuit designing...and so i want to share my little knowledge!!!!!! :-) 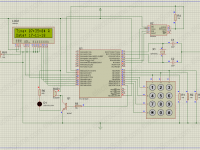 Inverter is a electrical device that converts DC Power to AC. We usually use the word Inverter for the... Read More

A simple electronic toy piano can be easily constructed using the popular 555 timer IC. 555 Timer can be... Read More

A home automation system is an automating the bulk of electronic and electrical tasks within a home. It uses a combination of... Read More 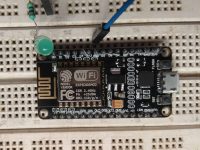 Here we are programing ESP8266 as a web server, the chip enables WiFi connectivity and can be turned into... Read More 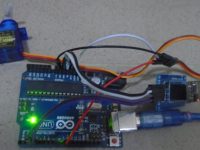 Internet of things has taken over all the heavy loads from human to itself. IoT is an ecosystem of... Read More 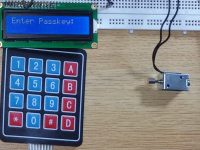 As thefts are increasing day by day security is becoming a major concern nowadays. In this project we will... Read More 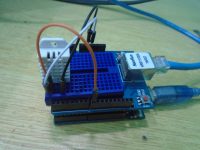 Build your own IOT service! Collect sensor data and send it to a WebServer. In this article, we are going... Read More

Here is a simple and interesting hobby circuit that can be made using the popular 555 timer IC. As... Read More